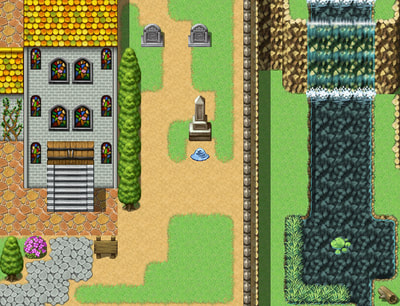 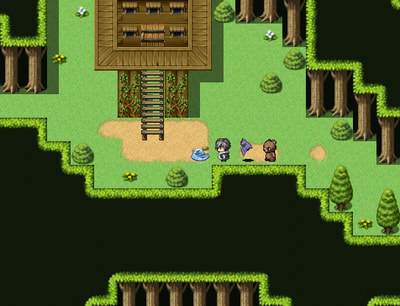 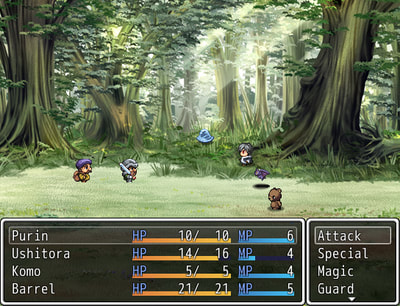 Primary tasks: art, programming
​
Vesuvius is a turn-based role-playing game created for DATT 3936 Designing Interactive Objects II at YorkU. The game's narrative follows a squadron of monsters that patrol the forest for the monster city of Vesuvius. While following orders, they inadvertently become tangled up in the political machinations of their higher-ups. It features turn-based battles, character customization and puzzle solving. The game rewards players who explore outside of the main storyline with a more immersive world.

The game is an exploration into duality and absurdity. It combines upbeat artwork with serious themes. The setting is in a lush and fantastical place, but their world is fraught with the same social issues that exist in ours. The narrative emphasizes a grey morality rather than the black and white morality commonly found in role-playing games. These contradictory ideas mesh together to point out the cognitive dissonances we often avoid.