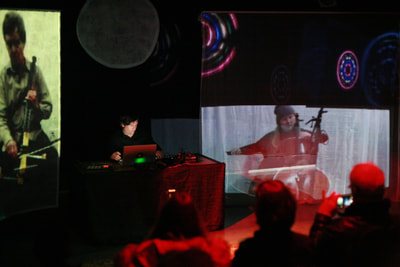 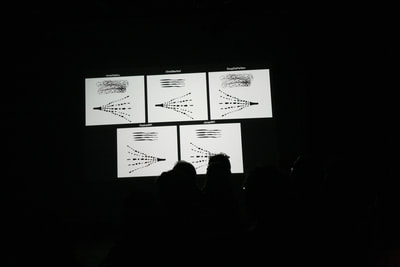 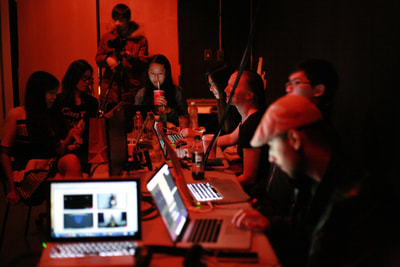 2016 // with the Electro Acoustic Orchestra

Uncanny: A Telematic nO(t)pera is a multimedia performance piece by musicians at five different physical locations from across North America, linked together with each other in a virtual space. The musicians' performance consisted of a mixture of prepared and improvised pieces. Uncanny was not limited to just the musicians as there were several additional audio and visual components that involved audience interactivity. The entire main team for the project consisted of more than twenty people.

The interactive visual instrument used in this piece consisted of a Kinect sensor and screen located in the hallway below one of the physical performance spaces. The screen displayed the performances happening upstairs and at the other nodes while the  passerby could manipulate the visualization on the screen using their bodies. This component served both as an extension to the performance piece as well as a way to inform passerby of the performance taking place upstairs.
​
Video
York's Yfile Writeup