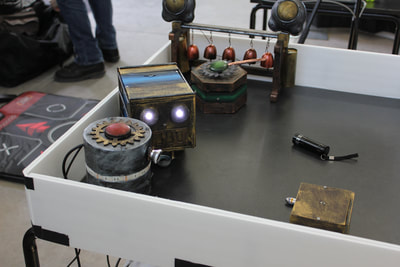 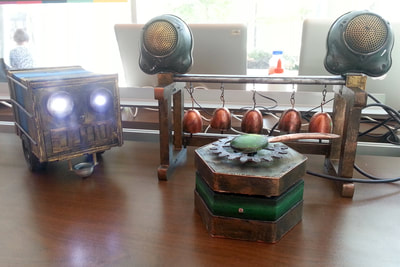 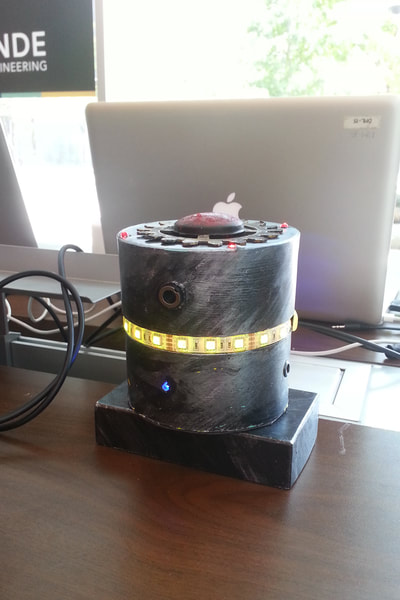 Roshambo is an interactive installation built for DATT 2010 Physical Computing II at YorkU. The installation consists of three autonomous robots named Flux, Lucent, and Resonant. Each robot has a special trait that it uses to vie for the audience's attention and a sensory weakness that will temporarily disable it. The trait of one robot is the weakness of another, just like in a game of roshambo i.e. rock-paper-scissors.

Roshambo deconstructs the convention of passive installation art by making the robots seek out the audience. The work examines emergent media consumption patterns and contemporary technologies through each robot's snowflake personality. All three robots contain custom made circuit boards.