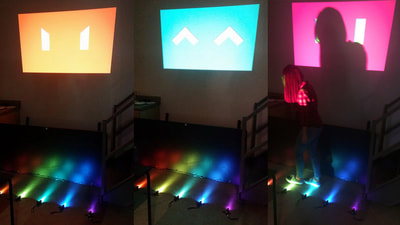 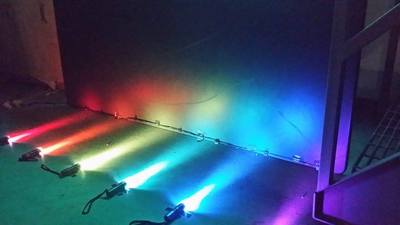 MRS. is an interactive installation built for DATT 2000 Introduction to Physical Computing at YorkU. The installation is a screen based AI built on top of an Arduino Uno. The user can interact with MRS. through a keyboard made up of six different colored light beams. If MRS. detects movement around her, she will try to entice the user into playing the keyboard. However, MRS. will throw a tantrum if the user neglects her or plays incorrectly. What constitutes correctness is up to MRS.'s finicky tastes.